News broke recently that The Seven Husbands of Evelyn Hugo is set to be made into a Netflix original movie in the coming years. This is exciting news for young adult book readers, as adaptations to some of the most popular books have become more prominent. It is especially exciting because the book and following movie have a bisexual woman as the main character. With other film adaptations, LGBTQIA+ representation is focused on side characters, and while this is important, having such a popular book increases exposure. 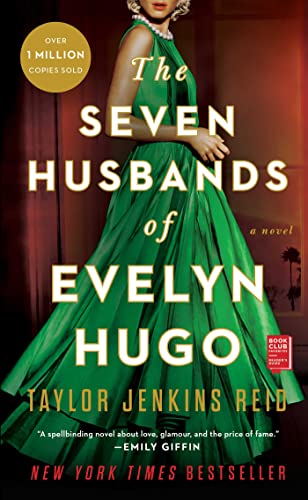 The book follows a young journalist who gets the opportunity of a lifetime to interview an iconic old hollywood actress. This fiction novel gives the reader the impression that the author was in part inspired by the old glamor and hints of Elizabeth Taylor. Most of the book is told in story form, meaning the movie will be moving forward and backwards in time. Most of the hype for the movie is because of the aesthetics and some particularly spicy scenes.

While the book came out in 2017, it has had many surges in demand, with social media influencers on what some call “BookTok ” promoting how good the book is, the publishers claim they can’t keep the book in stock.  With the continued popularity, this movie is highly anticipated by readers. The cast list and release date aren’t known yet, but as the date comes closer the movie is likely to gain popularity.

This blog post is part of the CIMA Law Group blog. If you are located in Arizona and are seeking legal services, CIMA Law Group specializes in Immigration Law, Criminal Defense, Personal Injury, and Government Relations.